Bhagubai Changu Thakur College of Law
Bhagubai Changu Thakur College of Law > News > Academics > Celebration of Indian Constitution Day
Constitution Day Special Lecture on “The Constituent Assembly of India: Ideological Moorings and Methodologies” by Mr. Vikramaditya
On the 73rd Indian Constitution Day, celebrated on 26 November every year since 2015, JBSPS’s Bhagubai Changu Thakur College of Law organised and held a special guest lecture by Mr. Vikramaditya, on the topic “The Constituent Assembly of India: Ideological Moorings and Methodologies”, on 26 November 2022.
Mr. Vikramaditya, who is Assistant Professor and Coordinator, Human Rights Programme, Department of Law, Savitribai Phule, Pune University, and is also an eminent speaker and specialises in Constitutional Law, was specially invited to illuminate on some of lesser-known facts of the marvellous achievements of the Constituent Assembly of India.
The session was already jam-packed before it could even start, with students from BLS LL.B., LL.B., and LL.M. in attendance, along with all the professors and faculty members of the college, conducted in Seminar Hall. The session was convened 10.30 AM, by the In-Charge Principal, Mrs. Dhanashree Kadam, with an inaugural address and followed by the lighting of the ceremonial lamp, together with Vikramaditya and Assistant Professor Ms. Sanghpriya Shere, and paying respect and homage to the portrait of Dr. Babasaheb Ambedkar, and to the copy of the Constitution of India. Before beginning his keynote, Mr. Vikramaditya was welcomed and felicitated by Mrs. Dhanashree Kadam, to the warm applause of the students and faculty members alike.
Mr. Vikramaditya orated at length, about the various historical facets of the Constitution of India, along with the formation, function, and focus of the Constituent Assembly of India. His discourse on the subject was quite well-researched and well-presented, which was much appreciated by all in attendance. Towards the end, an excellent question and answer round ensured a lively participation from the attendees, which were graciously responded.
The Programme Coordinator was Asst. prof. Sanghpriya Shere. Inchage of IQAC Committee.
The special lecture, without any doubt, was a huge success, and the student representative Vijay More profusely expressed gratitude to Mr. Vikramaditya for his spectacularly insightful and thought-provoking discourse on the subject, in the vote of thanks. This program was organised by student Co-Ordinator Ms. Chaitrali Kane, hosted by Ms. Shravani Mane and Pream 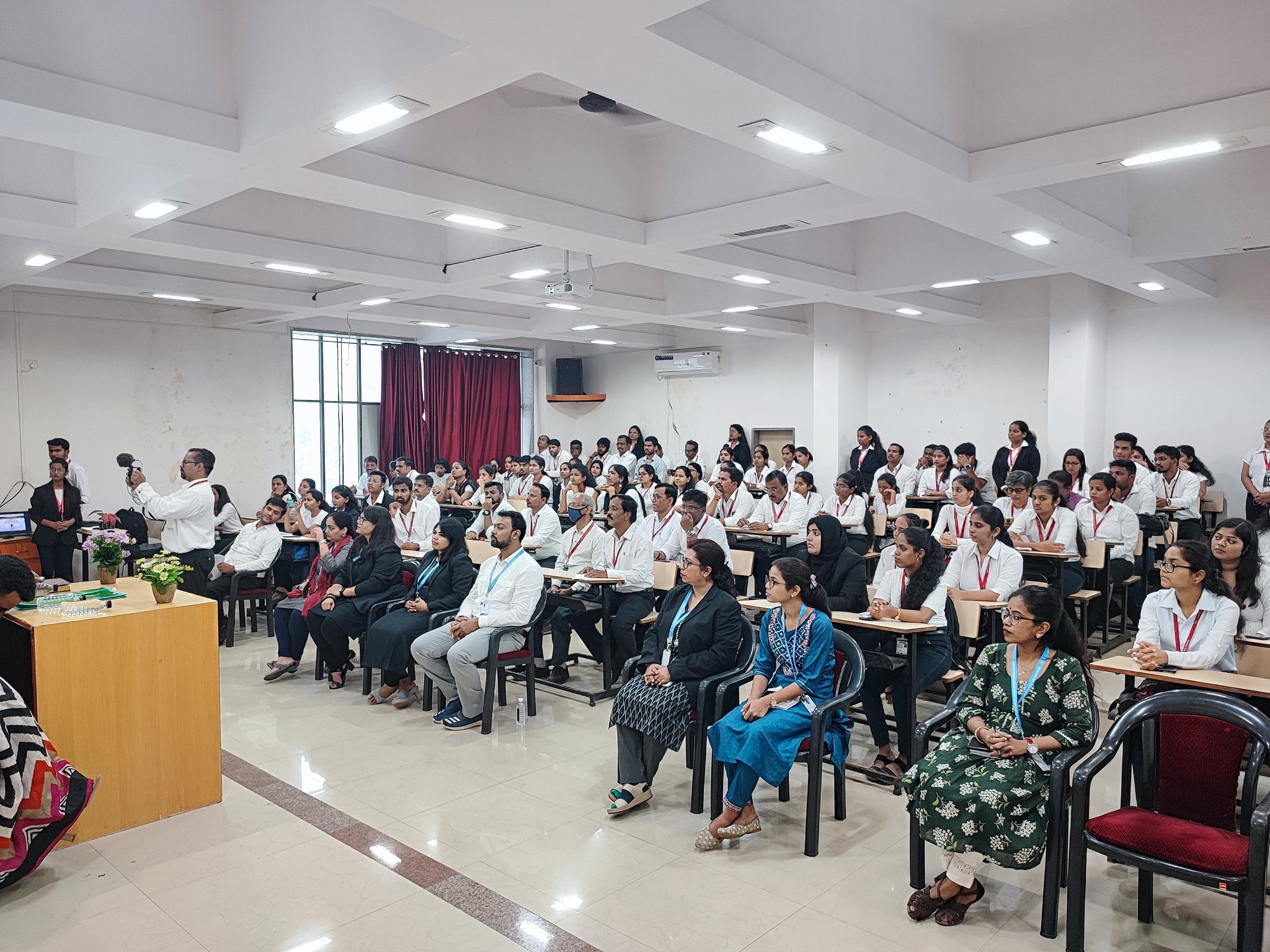 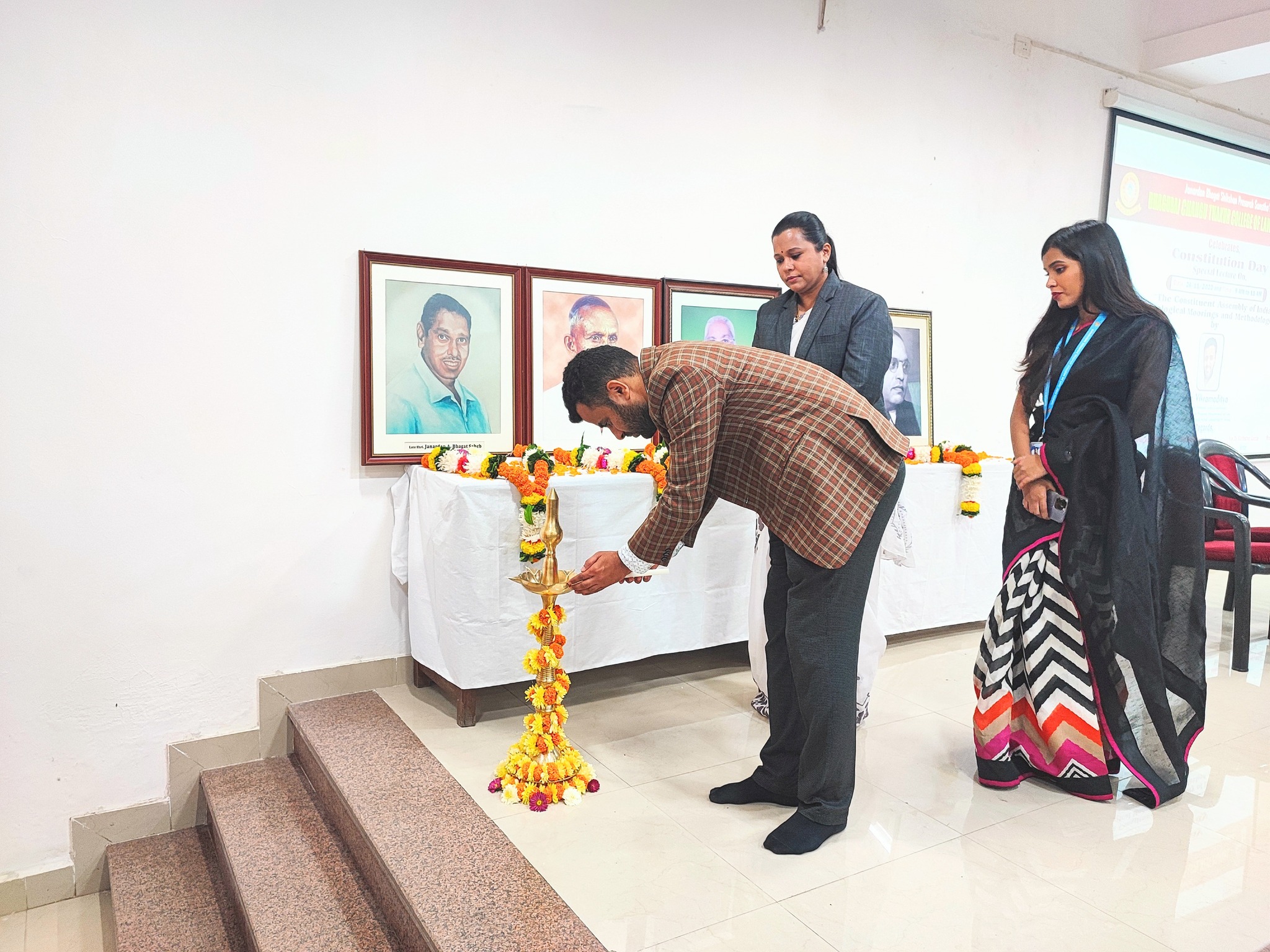 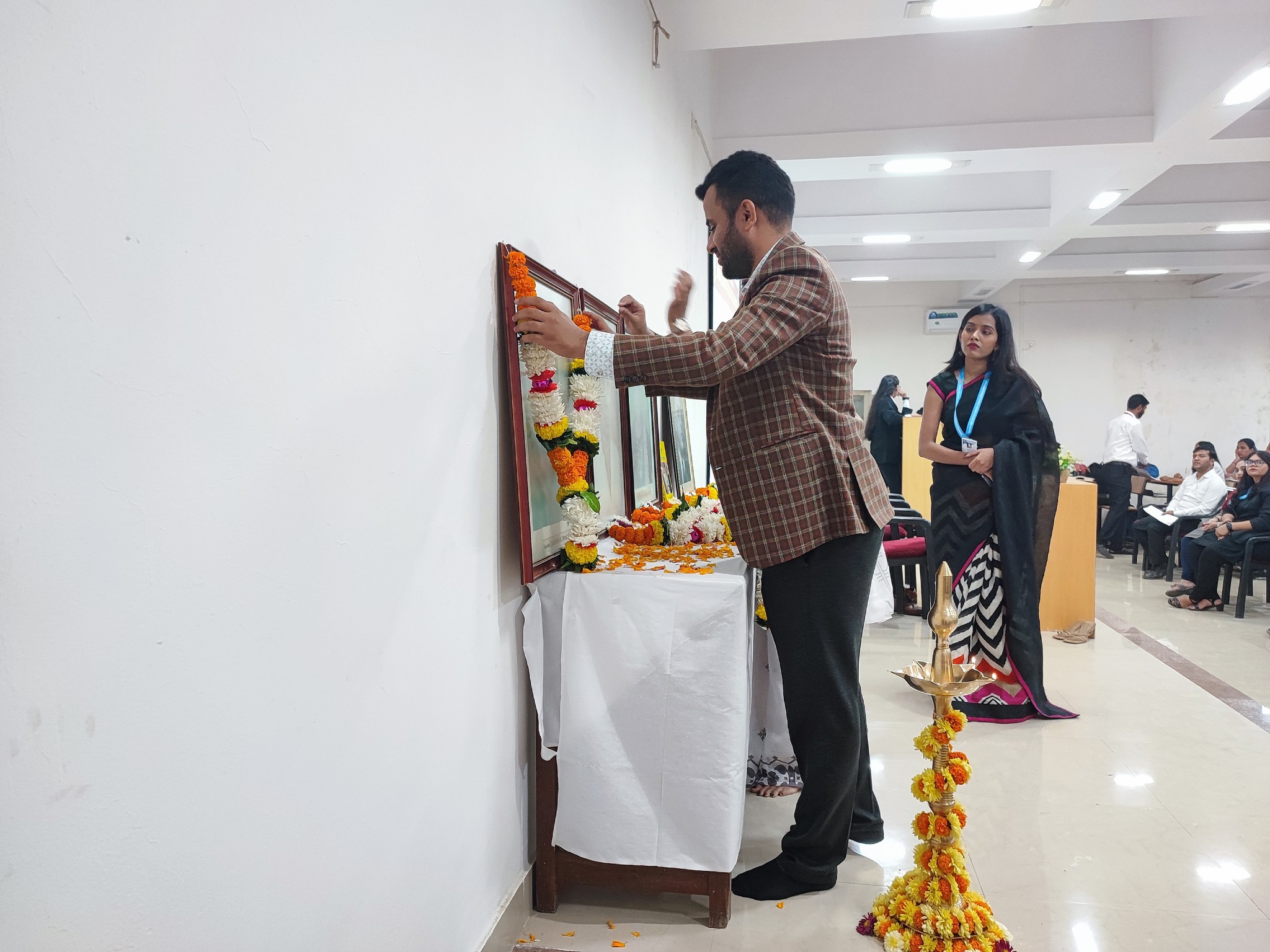 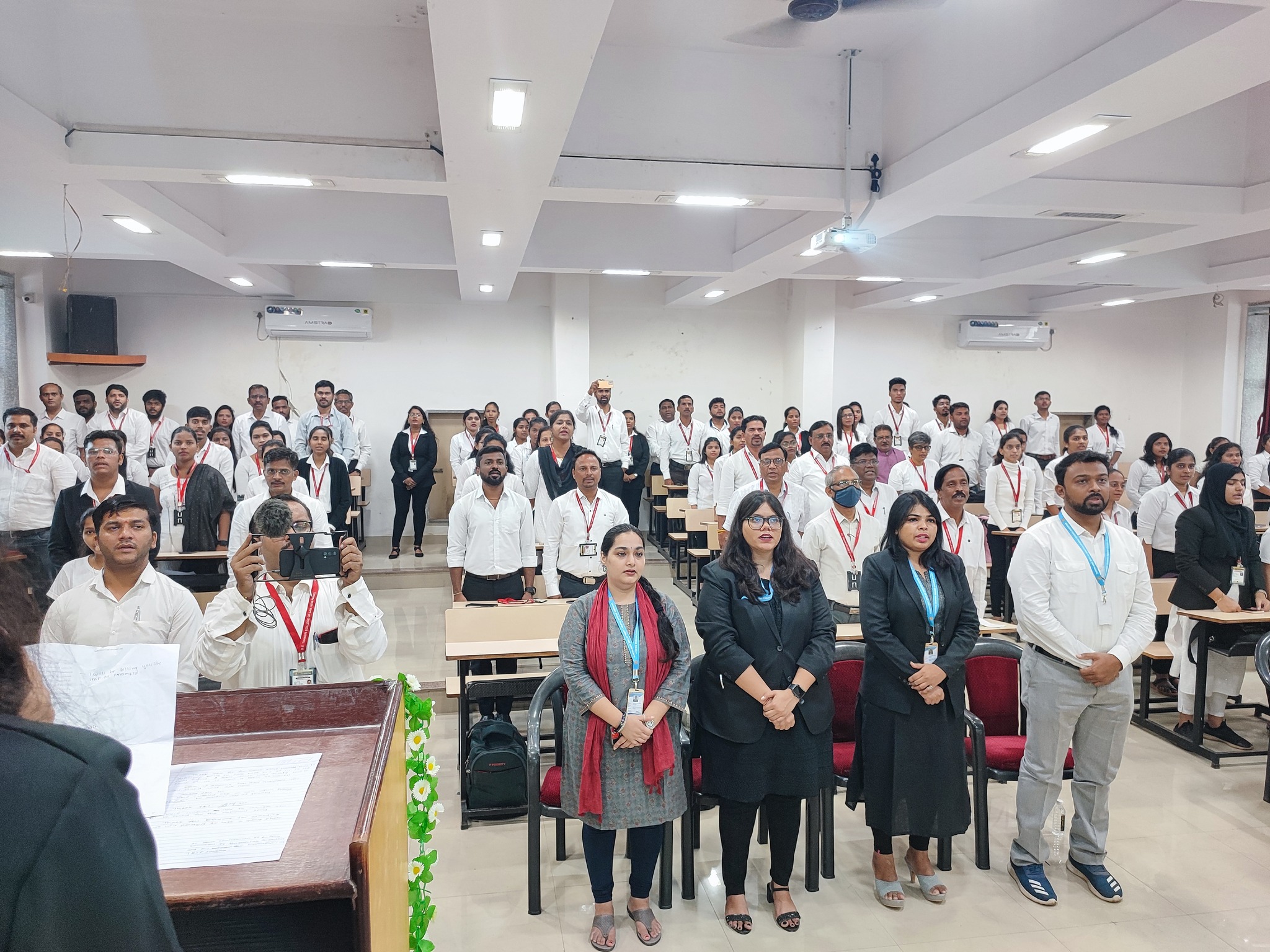 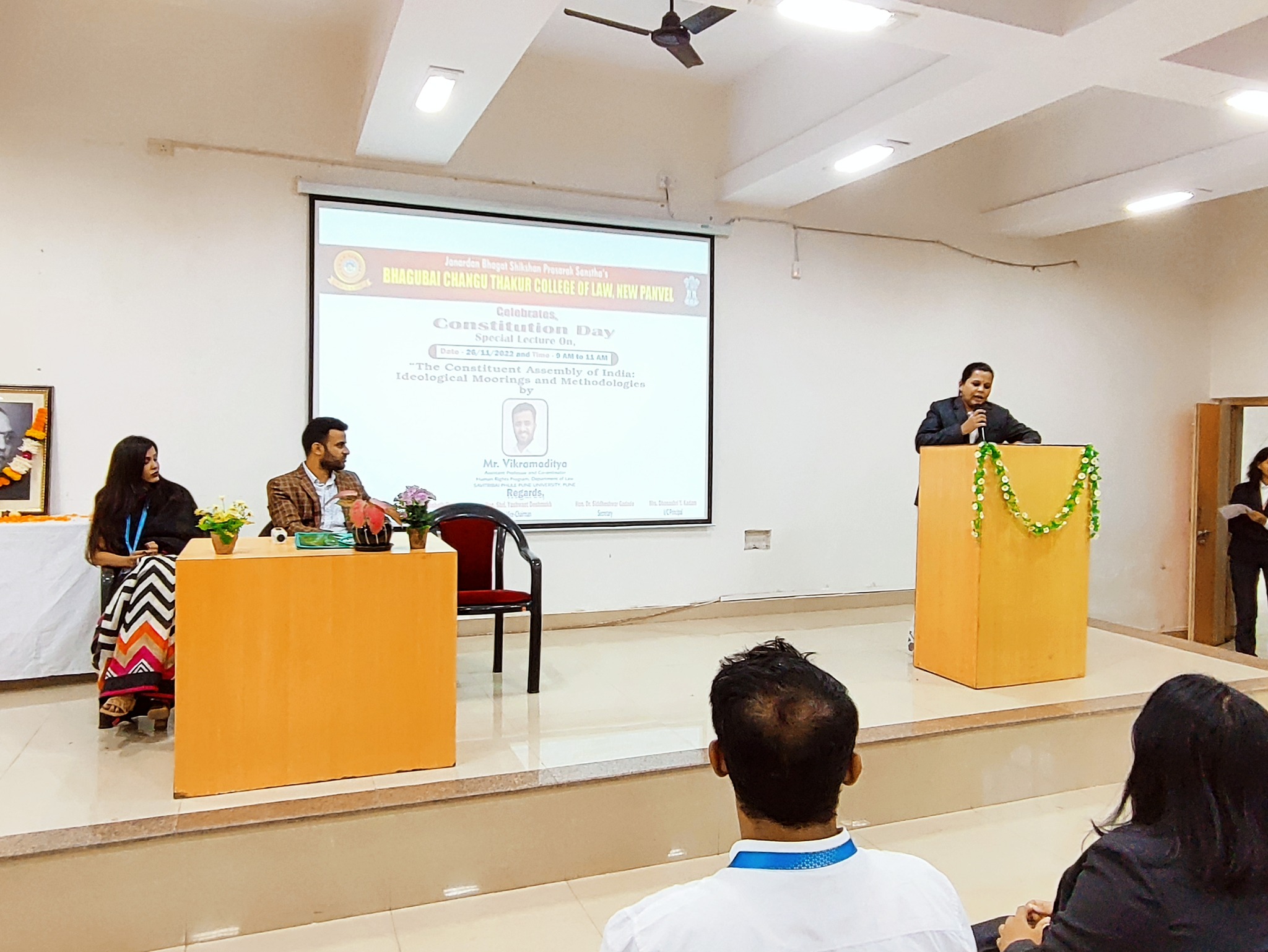 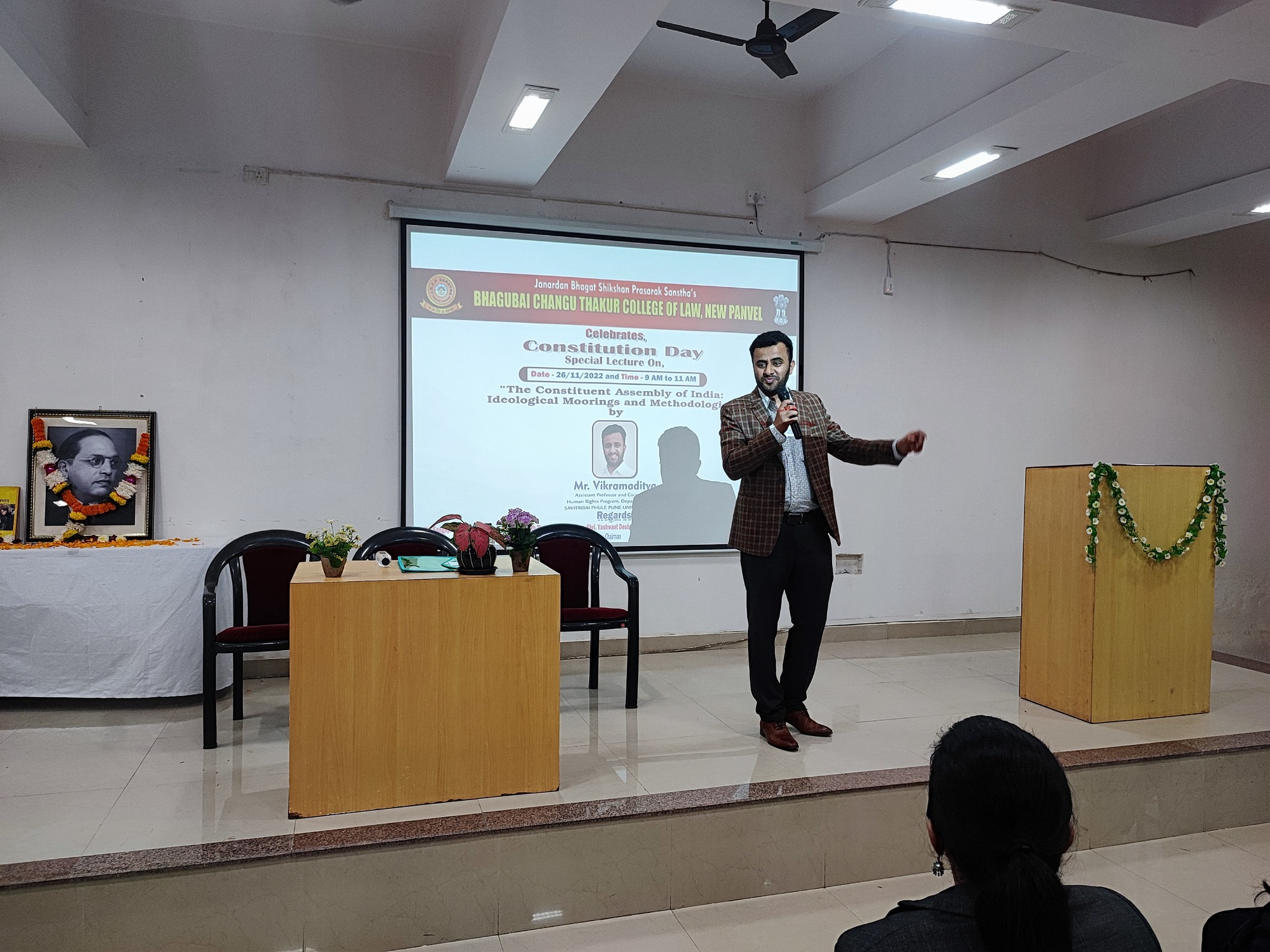 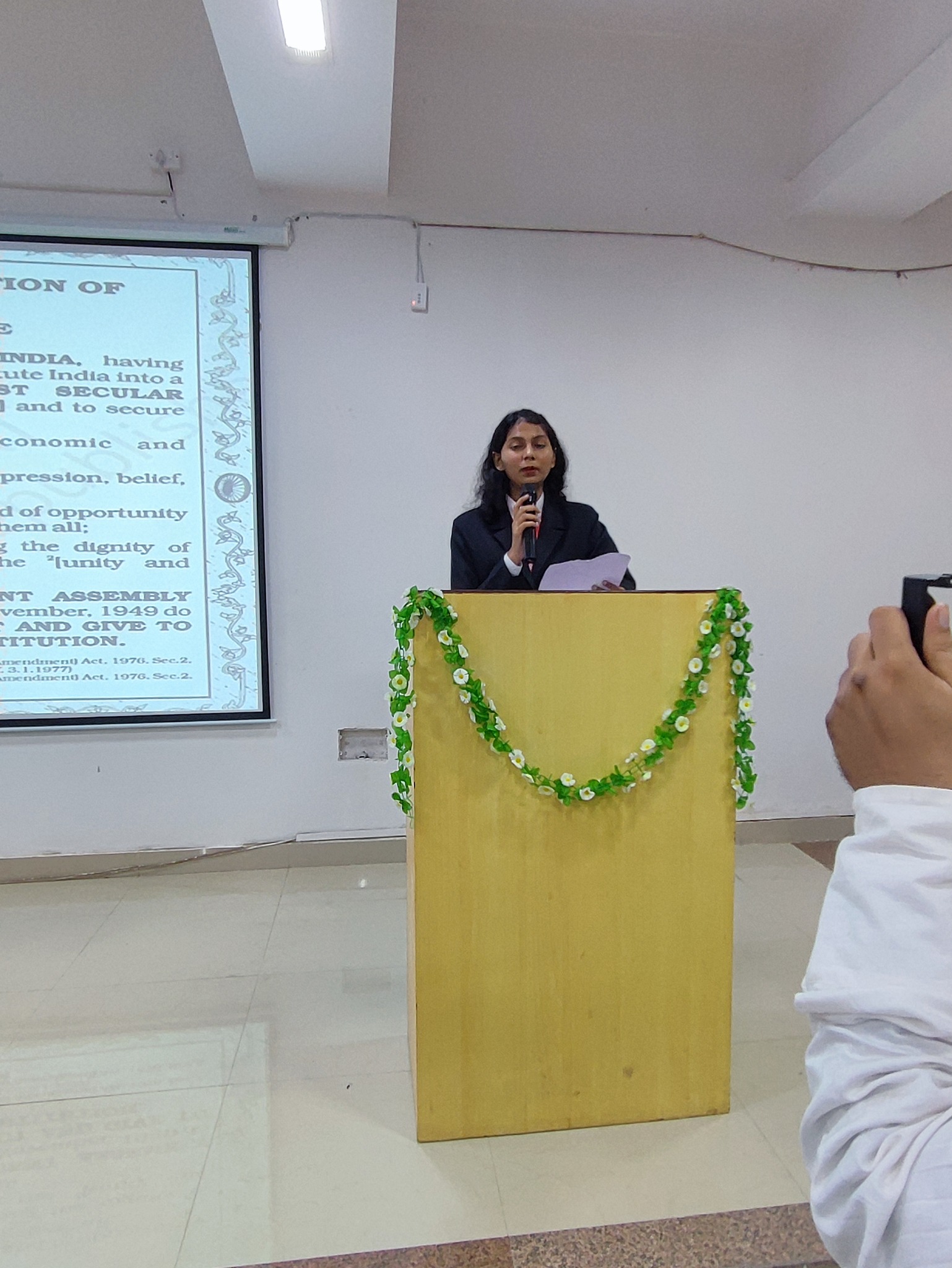 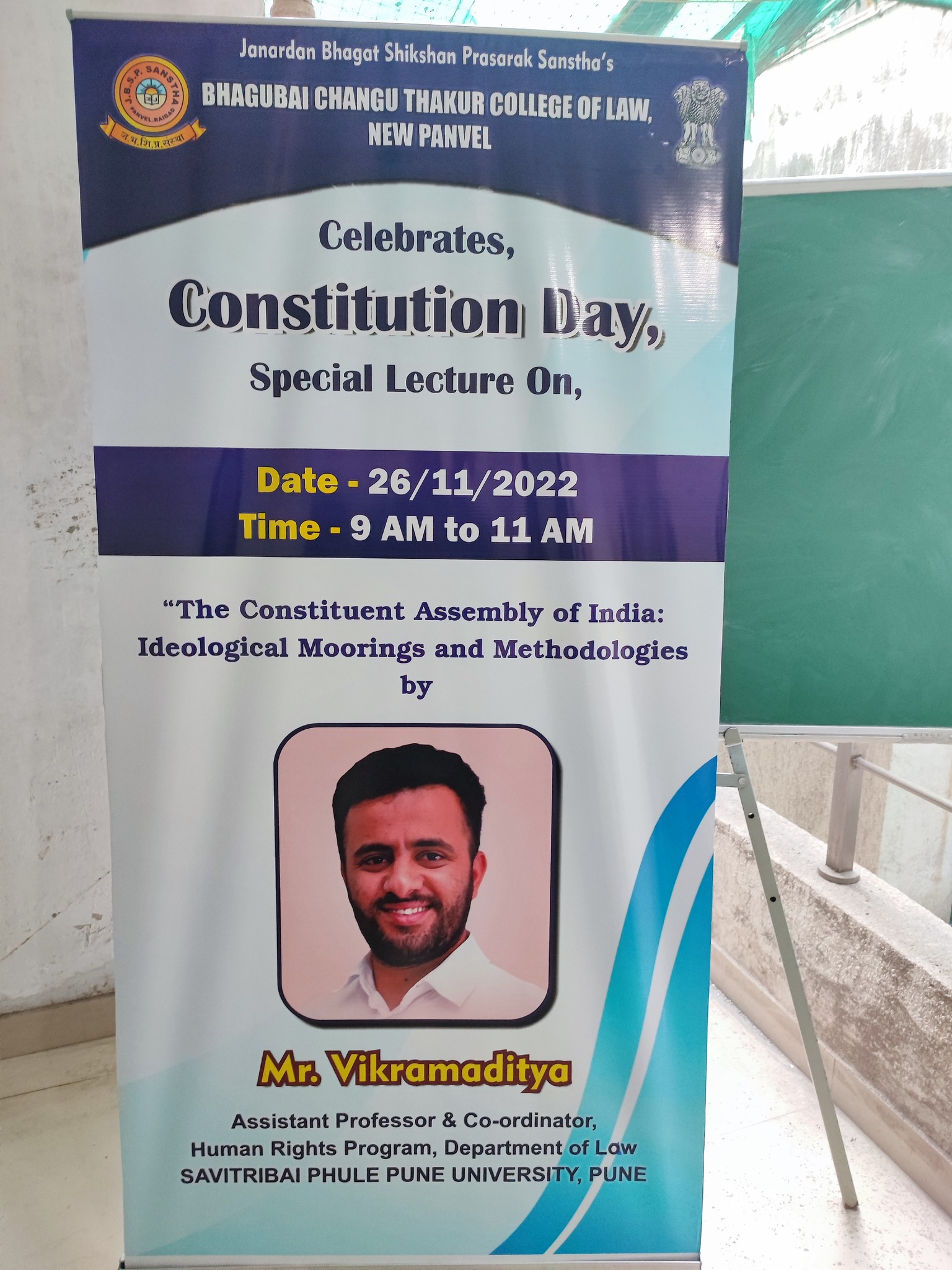 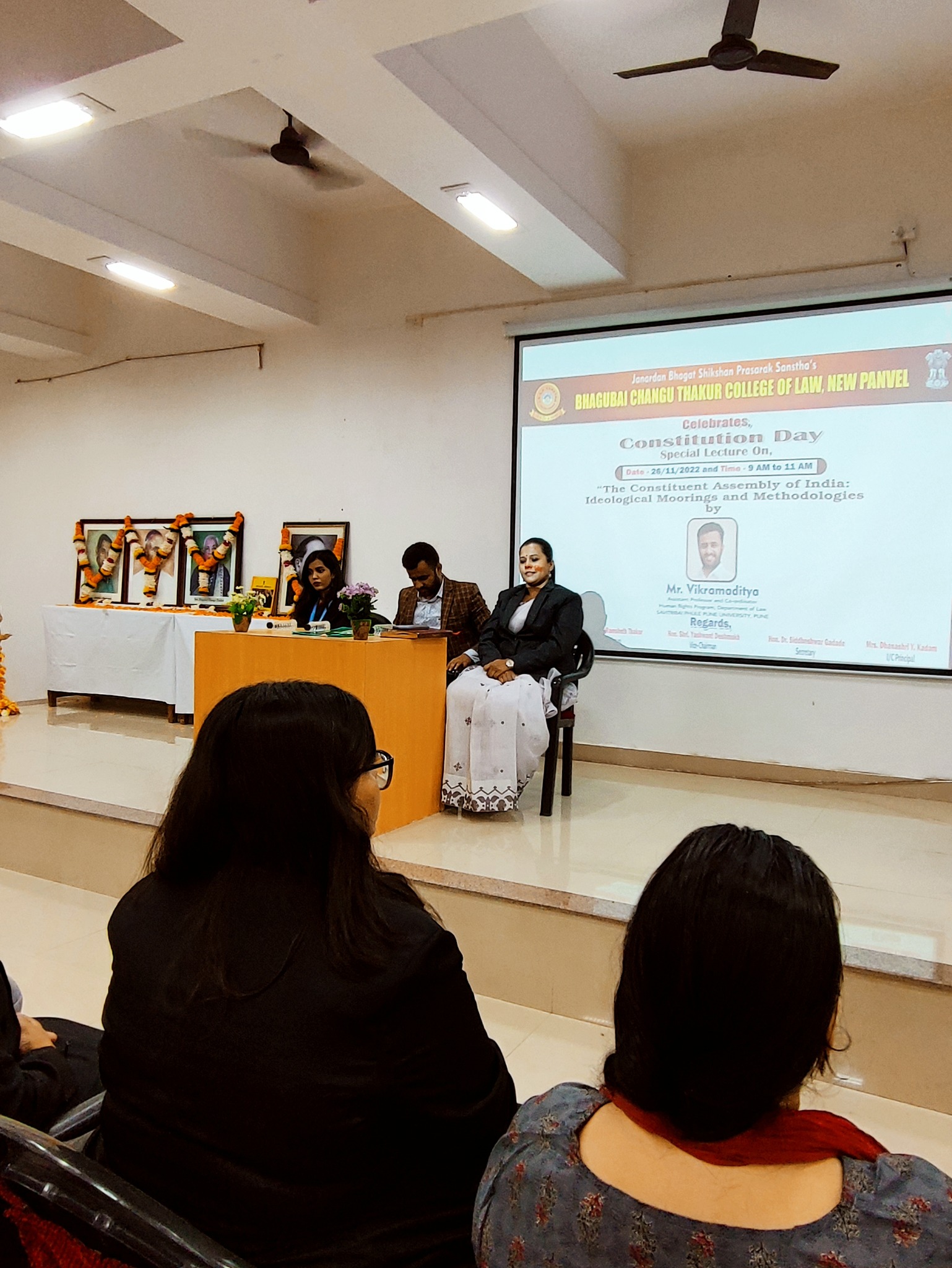 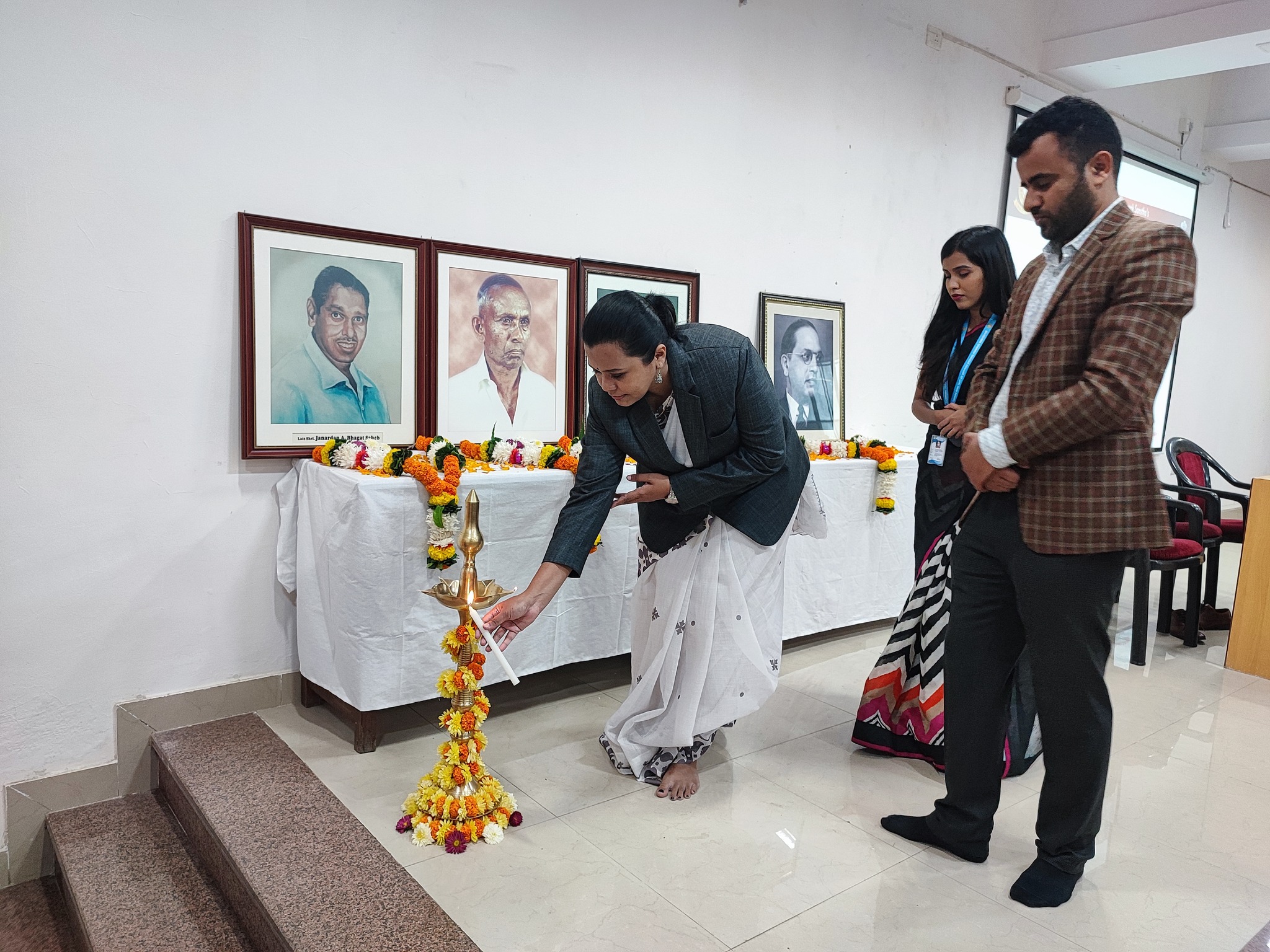 Enquiry For BCT College of Law